Skip to the end of the images gallery

Skip to the beginning of the images gallery

Be the first to review this product
€48.11 €40.77
Availability: Out of stock
SKU
250002
Notify me when this product is in stock
Add to Wish List Add to Compare
Email
Details

The IB-PCI210 is a M.2 SATA to PCIe card. This PCI card can hold two M.2 SATA cards and connects them to your PC in a PCIe x1 port in either raid 0 or raid 1 mode. The advantages of space-efficient M.2 cards with the widespread PCIe standard are united.

The little ones are the fast ones
The IB-PCI210 converts2x M.2 SATA SSD to PCIe 2.0 x1 while allowing RAID connection. thereby allowing the connection of fast and ultra-compact M.2 cards to an existing system. The PCI bracket also grants firm hold in the corresponding mounts.

Quick installation
The cards are easy to install thanks to pre-punched holes. Connect the SATA cable and power and you browse through your files with Up to 6 Gbit/s.

More Information
Reviews
Write Your Own Review
Only registered users can write reviews. Please Sign in or create an account 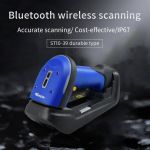 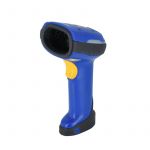 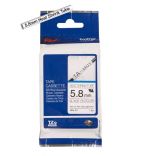 Brother HSe-211 Black on White Heat Shrink Tube Tape (5.8mm x 1.5m)
€19.77 €16.75
This website uses cookies
This site uses cookies to improve your shopping experience. To comply with the new e-Privacy & GDPR directives, we need to ask for your consent to enable cookies. If you want to benefit from this improved service, please opt-in.
Opt-in to a better browsing experience Hide More information
Cookie Settings